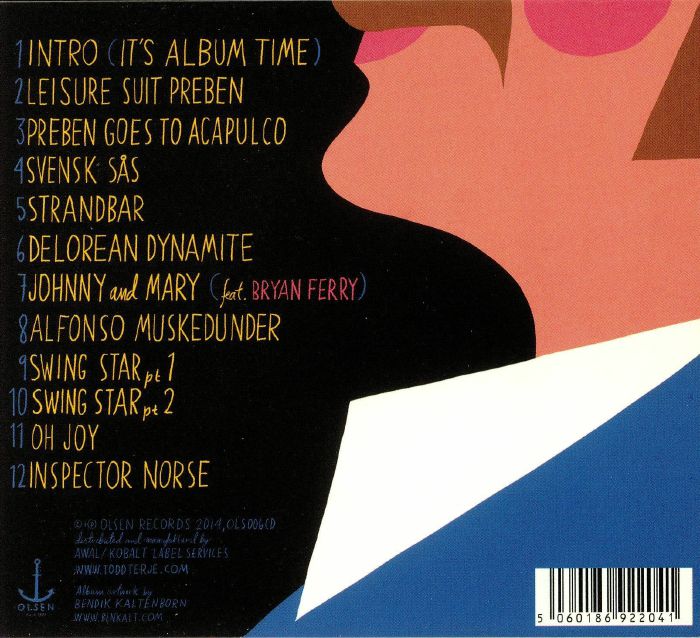 But more often he doesn't: in a world where you can hear all the jazz-influenced 60s library music you could want with the click of a mouse, you do wonder why anyone would want to listen to Todd Terje homaging it on Alfonso Muskedunder. In addition, those tracks lack the effortlessness that's characterised Terje's work to date, even when he deliberately set obstacles for himself: the It's The Arps EP was the result of Terje tasking himself with making a record using Todd Terje Its Album Time other than an antiquated ARP synthesizer, but you never would have known while it was playing.

That said, there's still plenty to enjoy here. It works its exhilarating magic in a really subtle and intriguing way, and comes complete with a gorgeous, echo-drenched coda. Its encased plasticity doesn't mask any novelty. Alexis Petridis of The Guardian was mixed in his assessment of the record, writing "There's certainly nothing wrong with a producer as talented as Terje feeling constrained by the style of music that's made him famous and wanting to spread his wings. It's just that the areas that Terje spreads his wings into feel a bit hackneyed.