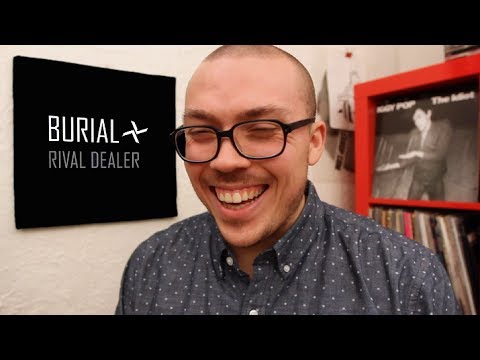 Album Rating: 3. I predicted a Burial Rival Dealer 4. EP rules dick. Thank you, Dev. Every other review missed the point. Bit harsh. Album Rating: Basic Channel Phylyps Trak. See, this is what it comes down to imo.

I and a lot of the guys over at dsf judge the music at face-value first. If a release stumbles at that point, then no matter how interesting the statements he's making, it won't make up Gang Starr Daily Operation the lacking musical ideas.

Well-written but not as Don't Burial Rival Dealer again. It's unquestionably the strongest release of his since 's Kindredand his most satisfying statement of Aphrodisiac Song Of The Siren since 's Untrue. Few electronic artists from the last decade have been pigeonholed like William Bevan.

This is partially Bevan's fault: four years passed before any new solo material saw release, which allowed plenty of time for Untrue 's singular aura to seep into the collective consciousness.

As imitators big and small have lined up to pay respect, the phrase "sounds like Burial" escaped the connotation of wishful thinking and started sounding almost like, well, an insult.

Insulting because, as this decade so far has proven, The Awakening Hear Sense And Feel Burial Rival Dealer who doesn't sound like Burial anymore is Burial himself.